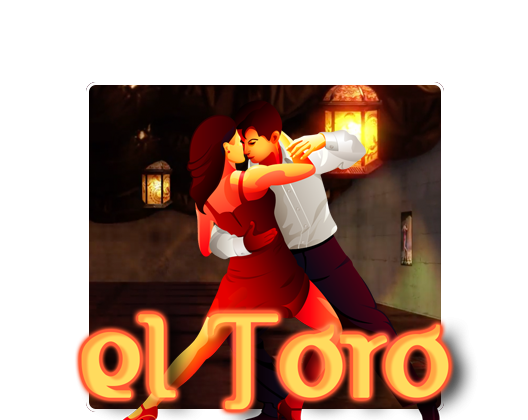 The slot El Toro colorfully illuminates the whole originality of this fight and glorifies the flavor of Spain. As well as the passionate nature of its inhabitants. The expressive gameplay is guaranteed to the users of the best online casino provider Riversweeps Platinium. All the more so since the principles of the game have a lot of pleasant surprises. El Toro graphics are as simple as possible, which is why the overall picture is perceived merely and concisely. The nature of the animation is also very moderate, based on which, users will be able to fully concentrate on what is happening. Also set a breakneck pace of the game. On the open spaces of the 5 reels of the El Toro slot machine, as many as 40 lines for combinations were place.

It is noteworthy that in this slot the symbols on the field will appear not quite randomly. Each of the drums at the end of the spin can hold several identical images in a row, to the extent that the drum will be covered entirely with one sign.

Such a unique character as the scatter in the El Toro slot game is also available It is presented in the form of a scarlet rose. It should be noted that combinations of this sign can form not entirely arbitrary in the classical sense. The scatter falls only on 1, 3 and 5 compartments of the reels. The winnings are calculated only if on each of the odd reels, respectively, appears on the scatter symbol. The reward for this combination of characters – a fixed amount of credits and access to the bonus game. The bonus round of the slot machine includes 15 free spins of the reels, which will be produced according to the previously activated characteristics (number of lines and rate). 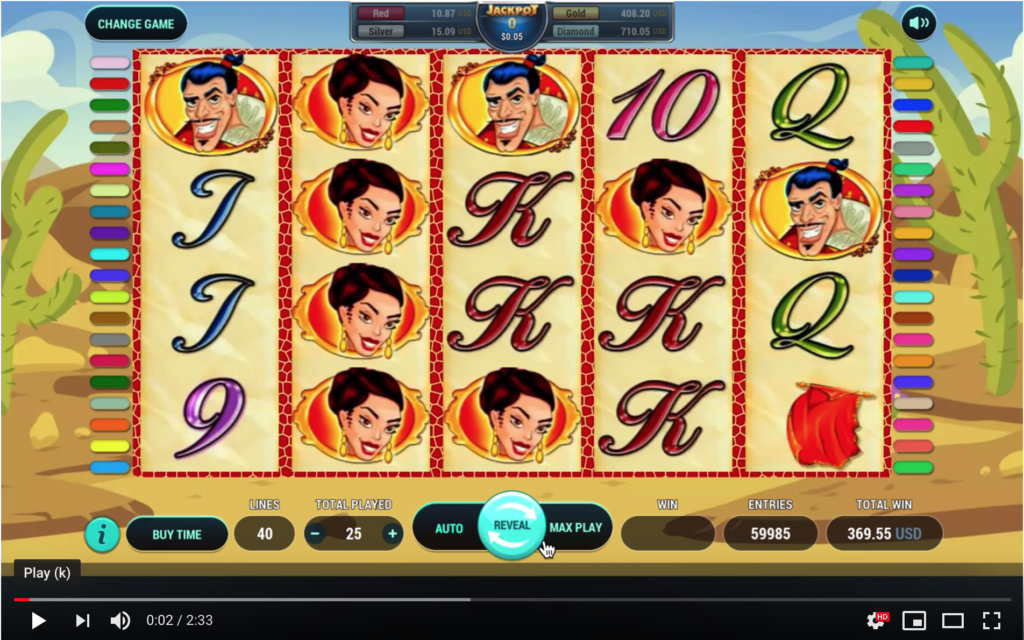 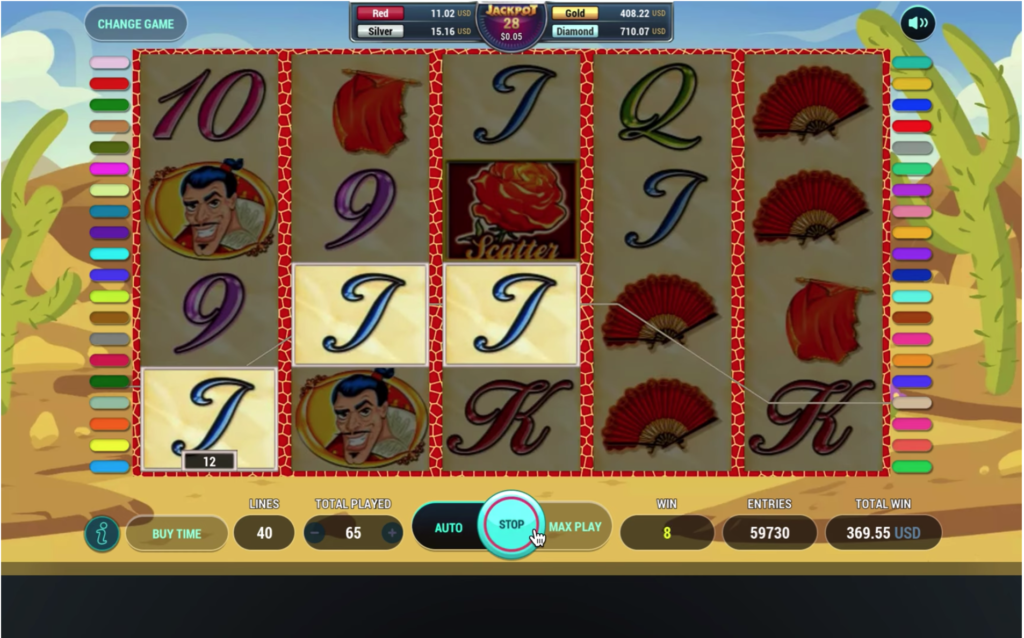 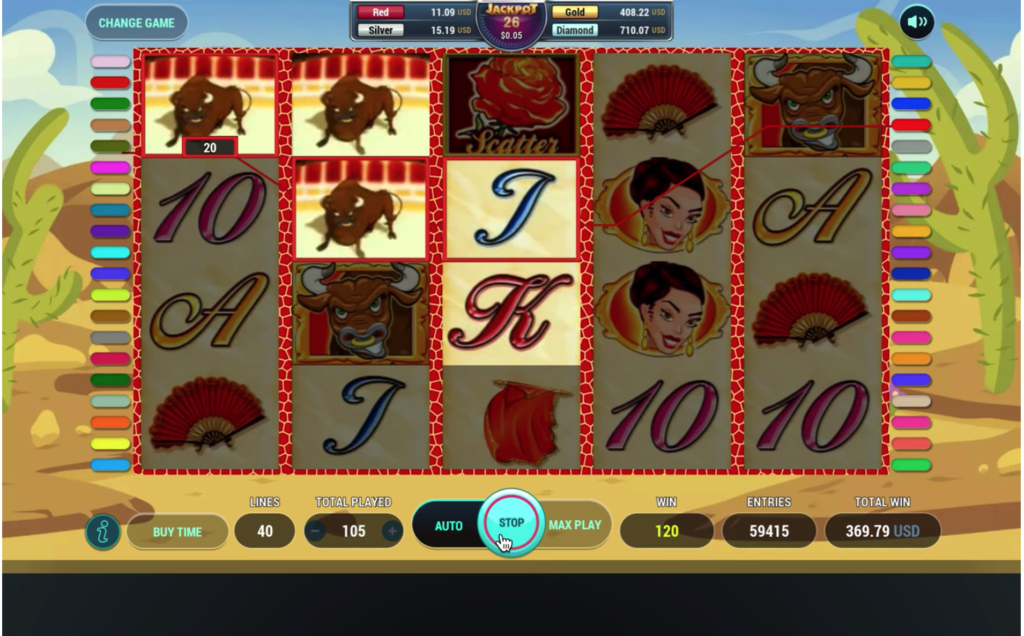 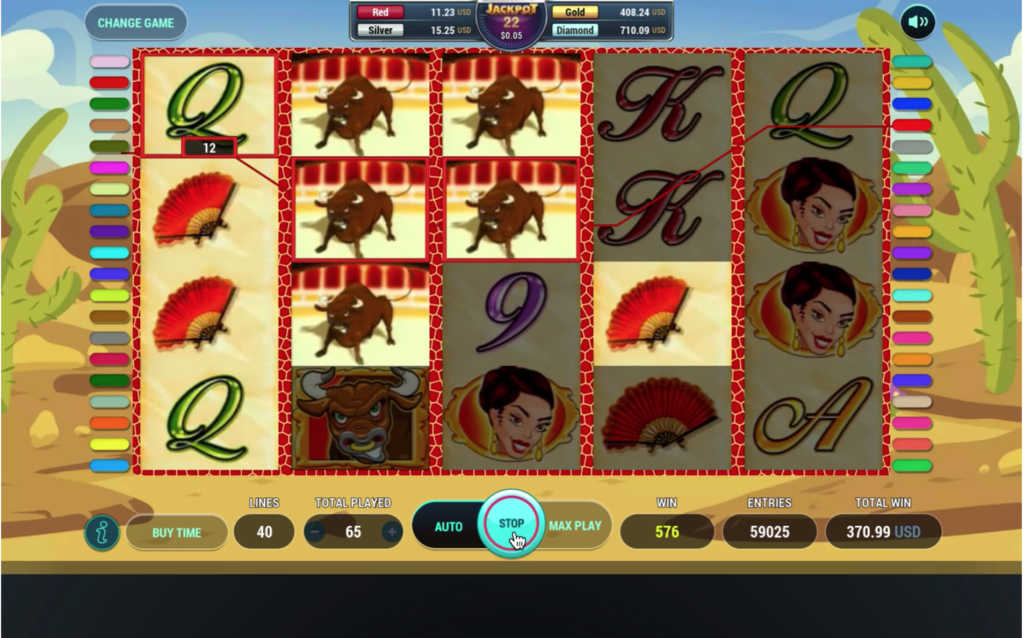